British Esports is a not-for-profit national body established in 2016 to promote esports in the UK, increase its level of awareness, improve standards and inspire future talent.

As a national body, our aims are to support esports and provide expertise and advice. We are focused on the grassroots level of esports and are not a governing body.

We are not pushing esports as a rival to traditional sport, but as a credible activity in its own right which can have positive cognitive and other esports benefits when done in moderation. Esports promotes teamwork and communication, develops communities and provides jobs.

We help to educate parents, teachers, media, policy makers and government around what esports is and what its benefits are. We’re working with schools, colleges and other educational establishments to embrace esports and create some inspiring events and activities. 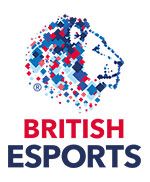 Esports is a hugely popular recreational activity that also offers many job and career opportunities around the world.

The British Esports Association recognises and welcomes this, and is leading the way in esports education to create pathways for young people seeking careers in esports and other closely linked digital industries. We have also created a wealth of esports careers advice too.

In April 2020, British Esports teamed up with global education publisher Pearson to develop the first esports BTEC qualification of its kind in the world. Institutions in the UK and around the world will have the opportunity to offer these new qualifications to students from September 2020, with funding confirmed in the UK from the Education and Skills Funding Agency.

Participation in esports has increased massively during lockdown, and unlike many traditional competitions that have been shut down, we have seen continual growth. Now is a great time to harness your students’ passion for competitive video gaming and bring it into your classroom in a positive way.

Along with over 170 UK school/college teams taking part in the Championships, your students can learn new transferable skills and understand the benefits of esports. This allows them to discover and explore the wider career paths available in the esports industry, such as business, media, journalism, production, marketing, and much more.

Please find enclosed within this envelope more information around the Championships, how to get started and to hear directly from other schools and teachers taking part.

Esports engages a wide demographic of young people and is instrinsically a fun, team-building activity that promotes leadership, character development, communication and social skills. Esports has more than 495 million viewers across the world, with about 23% of the population being aware of what esports is.

Esports can improve confidence, strategic thinking, problem solving abilities, reading comprehension and phonics skills and can help with the development of digital and cyber skills. Skills can be transferred across into physical sports and school work, and esports offers a multitude of career pathways.