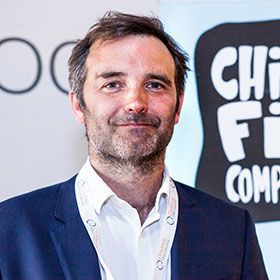 CEO, Childnet
United Kingdom
Will Gardner is the CEO of children's charity Childnet International. He joined Childnet in 2000 and became CEO in 2009. He is a Director of the UK Safer Internet Centre (UKSIC), a partnership between Childnet, the Internet Watch Foundation and the SWGfL, and as part of the UKSIC organises Safer Internet Day in the UK. He is also an Executive Board member of the UK Council for Internet Safety and chairs the Early Warning Working Group of helplines, hotlines and law enforcement. Will also sits on Facebook's Safety Advisory Board and Twitter's Trust and Safety Council. Will has led national and international projects and has led the development of Childnet's range of award-winning internet safety programmes and resources aimed at children, parents and carers, and teachers and schools.