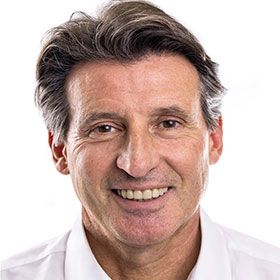 Board Member, Hello Genius
United Kingdom
Lord 'Seb' Coe competed in the Athletics World Cup in 1981 and 1989 and finished 1st and 2nd respectively. At the Olympic Games in Moscow in 1980 he won Gold in the 1500m and Silver in the 800m a feat which he repeated in Los Angeles in 1984. In all Lord Coe set 12 world records during his athletics career. He retired from competitive athletics in 1990. Lord Coe is the former Chairman of the British Olympic Association, and was Chairman of The London Organising Committee for the Olympic Games and Paralympic Game Limited having previously been Chairman of London 2012 Limited, the London 2012 bid company. Lord Coe has been President of World Athletics (formally International Association of Athletics Federations) since 2015 after serving as a Vice President since 2007 and was elected to become a member of the International Olympic Committee in July 2020. Lord Coe has served in numerous other leadership roles, including,Non-Executive Director of CSM Sports and Entertainment, strategic advisor and ambassador to Vitality Health and Life group of companies, consultant to Chelsea Football Club, senior advisor to Morgan Stanley & Co. International, ambassador to Horometrie SA, special global advisor to Nike International, senior independent advisor to Deutsche Bank, columnist at the Telegraph Media Group and the Evening Standard, member of the IOC Coordination Coordination Commission for the Tokyo 2020 Olympic Games, member of the IOC Public Affairs and Social Development through Sport Commission, chairman of the Working Group on Youth of the Association of National Olympic Committees (ANOC), member of the executive council of the ANOC, member of the International Olympic Committee, vice president of the International Association of Athletics Federations, chairman of the British Olympic Association, member of the executive committee of the European Olympic Committee, founder and trustee of the Sebastian Coe Charitable Foundation, and chairman of International Inspiration. In 2017, he became Chancellor of Loughborough University having previously served as Pro Chancellor of the University. Lord Coe is passionately committed to the role of sports, athletics and play in the development of children and his involvement with Hell Genius at a Board level will serve to ensure that offline activities, athletic pursuits and physical adventure are a key part of the Hello Genius platform and content.