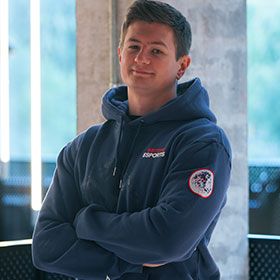 Chief Gaming Officer, Team Manager, Vexed Gaming, Great Britain Esports Team
United Kingdom
Ex player and now the co-owner and Chief Gaming Officer at leading British organisation, Vexed Gaming and manager of the Great Britain esports team at this year's Global esports games in Singapore. Mark himself learned a large portion of his life skills through gaming and has since represented the esports industry across a range of national and international forums and events, including the BBC, national government, and local authorities. He is a strong advocate for equality in esports across gender, race, sexuality and religion, and is a passionate champion for mental and physical wellbeing for players.