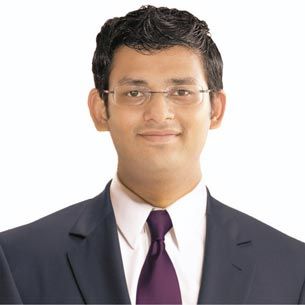 Programme Director/Relationship Manager, Seth M.R. Jaipuria Schools
United Kingdom
Kanak Gupta is Group Director of Seth M.R. Jaipuria Group of Schools. He's an educator with 17+ years of experience working in India, the UK, and Germany. He's a graduate of Purdue University, USA and St Xavier's College, Calcutta, India. Seth M.R. Jaipuria Schools is running 50+ K12 schools across the country with 40,000+ students and 2200+ educators associated with the group at Tier 2/ Tier 3 cities. Under Kanak's leadership, The group has been recognized for educational impact, including by University of Berkeley calling it the 'School for Greater Good in the World', Education World recognizing Jaipuria as the most prestigious educational brand in the country, and the best education chain in India by various media. Personally, Kanak has been awarded 'Young Creative Entrepreneur' by the British Council in India, Indian Educator of the Year by Achievers Forum, India's 40 under 40 in Education by Forbes, Indian Education Icon by World Education Congress, among other awards Kanak is also co-founder of Theatrecian, the most prolific English theatre group in India and My Right to Breathe, an NGO-media house for social causes dedicated towards pollution and climate change worldwide. He's on the Advisory Board of various start-ups and tech companies.
Sessions