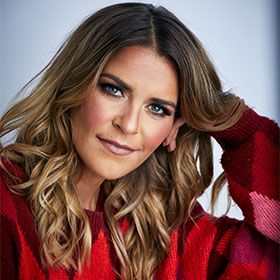 Actress and Manager and Patron of SEED, SEED Eating Disorder Support Services
United Kingdom
Actress Gemma Oaten's career includes BBC Doctors which she did just one month after graduation from Drama Studio London in 2010, BBC Casualty and Holby City, and the most recognisable, the role of Rachel Breckle in Emmerdale from 2011 ' 2015 for which she received best newcomer nominations for the TV Choice Awards, British Soap Awards and Inside Soap Awards. Gemma counts Sir Patrick Stewart and Sir Tom Courtenay as both mentors and friends. It was Patrick Stewart who suggested she use her public profile to raise awareness for mental health, anorexia and bullying issues. In July 2019 Gemma did her first TedX talk 'The Girl in the Mirror, the Woman on the Screen ' The reality of Eating Disorders'. As the Manager and Patron of her family's Eating Disorders Charity SEED https://seed.charity, she regularly speaks to audiences around the UK about Eating Disorders Awareness, anti Bullying. She is an ambassador for Anti Bullying Pro and also works tirelessly as an Ambassador for Prostate Cancer UK. She is hosting her second annual celebrity gala event to raise money for SEED this Autumn. Gemma also appears regularly on daytime programmes such as Good Morning Britain, Lorraine, BBC News, and This Morning to continue her promise to raise awareness for eating disorders alongside promoting the huge TV storylines and news headlines. If she wasn't busy enough, Gemma runs workshops on confidence building, public speaking, team building, acting and more. As well as speaking around the country with United Learning and The PiXL Club to deliver her powerful and important message re well-being, resilience, eating disorders awareness and more, in schools. However, in 2021 as we live through the pandemic, her work has mainly been as spokesperson for SEED and being an advocate for Eating Disorders Awareness seen by millions of viewers on BBC Breakfast, Loose Women, ITV News, BBC News, Sky News and more. Something Gemma is most passionate about. Creating change and inspiring hope. .