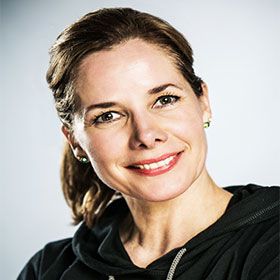 DDMIX for Schools
United Kingdom
Dame Darcey Bussell DBE ' is the most famous British ballet dancer of her generation and former Strictly Come Dancing Judge. Whilst still at the Royal Ballet School, choreographer Sir Kenneth MacMillan had noticed her exceptional technique and he created the lead role of Princess Rose in The Prince of the Pagodas for her when she was just 19 years old. Darcey was a Principal dancer at The Royal Ballet for almost 20 years (ret. 2007). She danced in over 80 different roles and had 18 roles made on her. Coming out of retirement, she led a troupe of 200 dancers when she danced the Spirit of the Flame in the closing ceremony of the 2012 Olympics. Darcey is patron of 14 charities, including being President of the Royal Academy of Dance, Campaign President of the Birmingham Royal Ballet and the overseas Patron of the Sydney Dance Company. Amongst her many activities she presents The Royal Ballet's worldwide cinema simulcasts and is a Principal coach at The Royal Ballet. She has made documentaries on dance including her 'Looking for series' with the BBC, focusing on Margot Fonteyn, Audrey Hepburn and Fred Astaire. Her most recent documentary 'Dancing to Happiness' explores the value of dancing in improving mental health and wellbeing. Darcey founded the charity DDMIX & DDMIX for Schools (Diverse Dance Mix), a dance fitness programme, whose primary aim is to have dance fitness incorporated into an expanded physical education in British schools. Awarded a CBE in 2007, she was made a Dame Commander in the 2018 New Year honours list.
Sessions